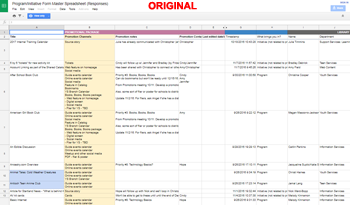 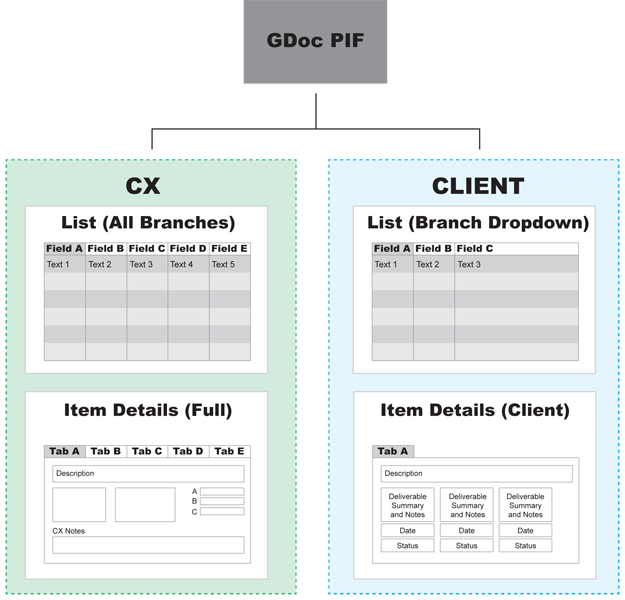 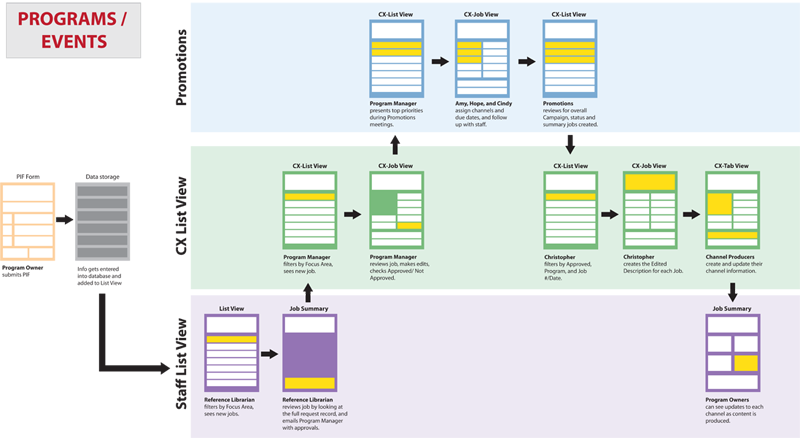 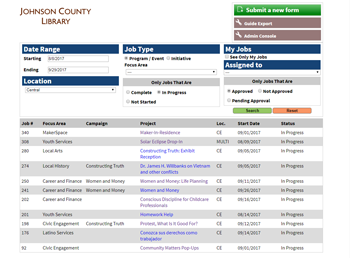 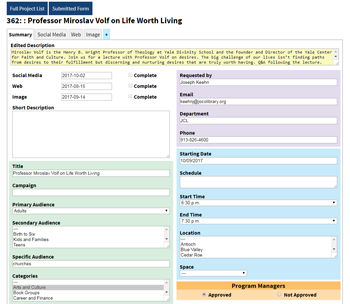 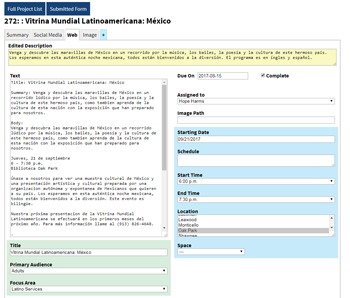 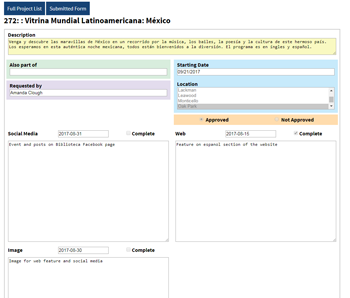 The Promotions team for the Johnson County Library -- composed of graphic designers, social media coordinators, media specialists, and online content developers -- had a disjointed system of taking internal work orders. Jobs were coming in via phone, printed work orders, email and Google forms, and were being stored in a spreadsheet with over 50 columns to sort through. Many times, staff members would receive project updates that were not fully communicated across all production channels, resulting in conflicting information between printed and online outlets. Staff also complained of being unsure on what they could expect in terms of deliverables, as well as the status of their projects.

In working with this project, I first met with internal stakeholders and reviewed the wide variety of production workflows and needs. By analyzing and streamlining a number of different processes, I gathered the scope and requirements to build wireframes and user logic for an updated system to be developed and hosted internally. After streamlining the workflow through multiple diagrams, wireframes and work processes (original and updated - PDFs), I worked with a database developer to create multiple framework templates for an internally-developed application. By using an internal Git server to coordinate our work, we were able to keep up with a fast-paced development cycle, completing work within three months to roll out a new system to over 300 internal users and nine production staff. As part of the internal communication for the rollout, I also helped educate and present staff with the new system, going through additional rounds of user testing and support.

The emphasis for the new Program and Initiatives System is on a clean, lightweight interface that supports staff production and transparency of communication. As part of its development, it also required the following:

Immediately after rollout, staff applauded the new system, citing its ease of use for finding projects, entering new projects, and an elevated level of transparency for project deliverables. In comparison to the universally negative response for the previous spreadsheet, the new PIF system has received praise across the organization from production staff, frontline staff, and administration.