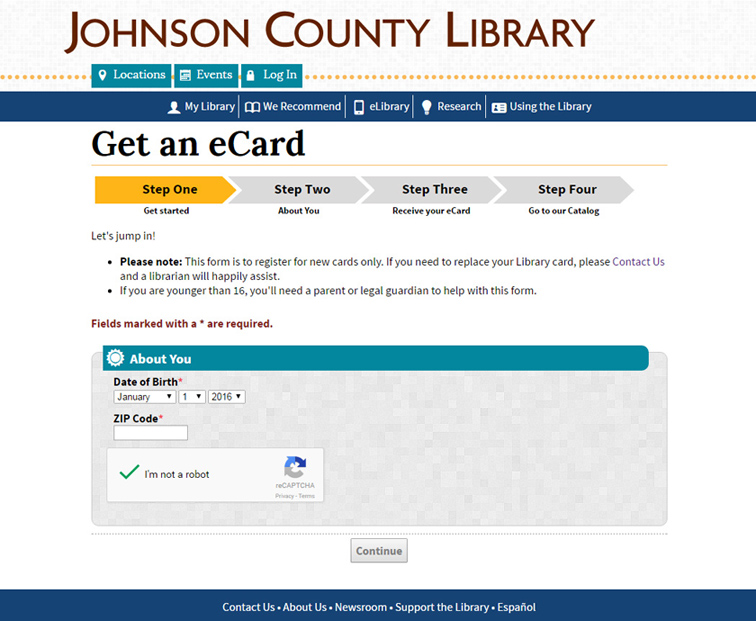 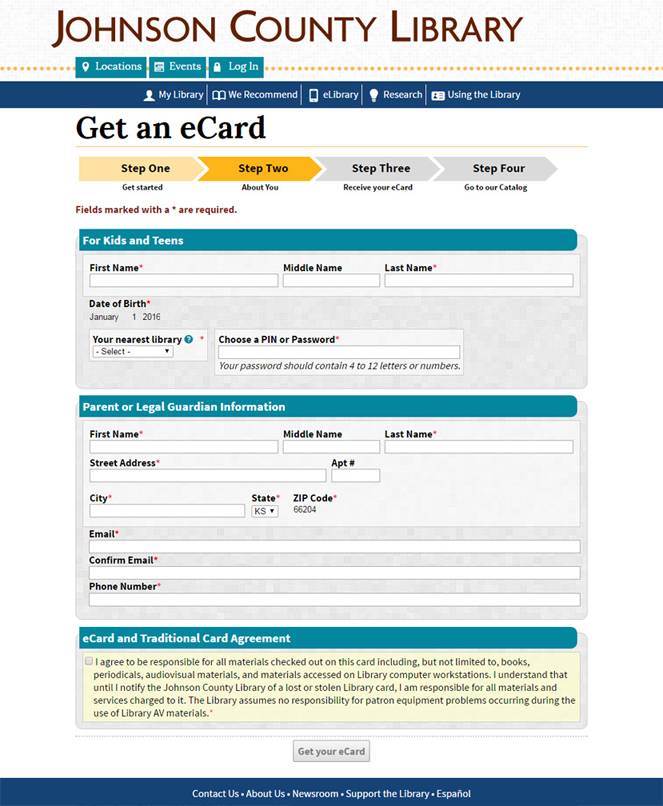 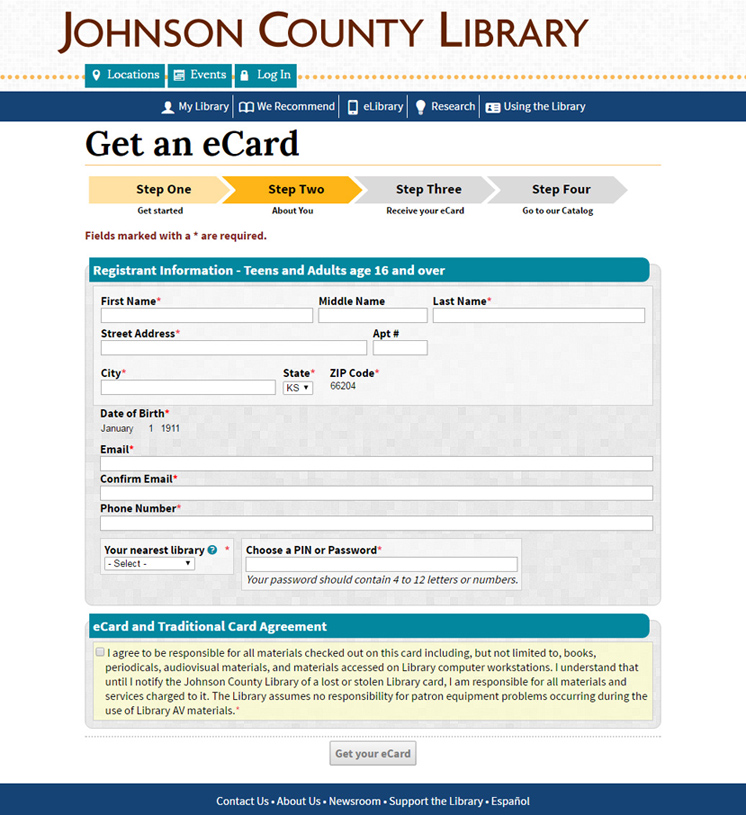 To help improve the experience for new patrons signing up for library cards, the Johnson County Library chose to revise how applications were handled by transitioning them entirely to an online process. Previously, paper applications were the only form of registration available, requiring patrons to fill out forms by hand, and additional staff time to input the information and check for any transcription errors. In addition, this restricted patrons to only being able to sign up directly at a library branch, preventing them from making use of any of the library's resources until they were able to visit a location in person.

By migrating to an electronic form, the Library allowed patrons to immediately receive a library card number and begin setting up their catalogue access. Electronic resources such as eBooks and Research databases are instantly accessible to users, allowing them to start using Library assets without a waiting period. After designing the interface in accordance to existing brand elements, I also worked with IT and content developers to integrate additional features, and go through extensive testing stages to ensure a smooth user experience.

As patron security is key, full SSL integration was also necessary for the form, and had to be tested and implemented across the website. The form also ties directly into multiple application databases, helping connect the Library's online catalogue immediately to the user account, rather than having to go through multiple sign-up stages. Since there are two different account levels depending on age range, the form automatically splits into both child and adult formats depending on patron information. The form was also created to be mobile-friendly, allowing it to be set up on counter iPads for ease of new patron signups.

After launch, the Online Registration template was well-received, and immediately adopted by the Olathe Public Library and the Mid-Continent Public Library systems. Even before official promotion started, users were already eagerly signing up through the new system, with over a hundred online accounts processed in the first month.